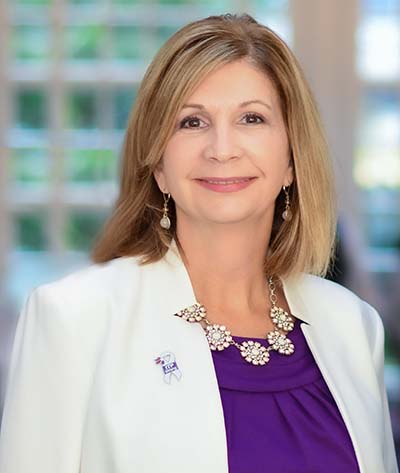 Caroline Kruse is President and CEO of the Platelet Disorder Support Association (PDSA), the global leader in empowering patients with immune thrombocytopenia (ITP) and other platelet disorders through education, advocacy, research and support.

Caroline’s focus on mission has resulted in growing PDSA’s Patient Connect program to 62 local ITP support groups across the U.S. and Canada; creating more programs for children, teens and families affected by ITP; education and awareness initiatives to improve the quality of life for those living with ITP, including the national Pump It Up For Platelets! walk/run program; and designation of September as National ITP Awareness Month. In 2016, Caroline co-founded the International ITP Alliance and website globalitp.org, which has expanded to 32 patient associations in 27 countries.

In 2019, PDSA was honored with the Abbey S. Myers Leadership Award by the National Organization for Rare Disorders (NORD) for PDSA’s emphasis on advocacy and research through the establishment of the ITP Natural History Study Patient Registry and ITP Patient-Centered Research Program; and organized the first Patient-Focused Drug Development Meeting on ITP in conjunction with the U.S. Food and Drug Administration (FDA). Caroline is an author on more than 30 publications including the International Consensus Report, bringing the ITP patient perspective to numerous scientific publications.

Prior to her appointment as Executive Director in January 2009, Caroline was PDSA’s first Director of Public Relations and served for two years on the PDSA Board of Directors, the second year as Vice-Chair. Caroline brings a personal perspective to PDSA as a patient with two rare diseases, including ITP, so she knows firsthand the physical and emotional struggles ITP patients face daily.

Before joining PDSA, Caroline worked as a broadcasting professional for over 20 years, working on-air and behind-the-scenes at WCPN, Cleveland’s National Public Radio affiliate, and at FOX and CBS TV affiliate stations. She was the creator, producer, and co-host of the nationally syndicated talk radio program, “Family Matters.” Caroline is the recipient of numerous broadcasting and journalism honors, including Ohio Excellence in Journalism Awards, Cleveland A.I.R. Awards from the March of Dimes, Distinction in Media Excellence Awards, and Cleveland Communicators’ Award from Women in Communications. Her award-winning programs focused primarily on health and family issues.