Each year the annual American Society of Hematology (ASH) meeting attracts thousands of clinicians and scientists, worldwide, to learn about and report on the latest hematology research. This year’s 2018 ASH meeting, held December 1 – 4 in San Diego, California featured the annual ITP Breakfast Meeting, coordinated by PDSA and four of our Medical Advisors, Dr. James Bussel, Dr. Nichola Cooper, Dr. Michele Lambert and Dr. John Semple, who invited twelve hematologist investigators to present their cutting-edge ITP research. In this issue of the e-news, we report some trends. Watch for additional ASH findings in the 2018 winter issue of the PDSA quarterly newsletter, The Platelet News.

The ASH abstract numbers are shown in parentheses. You can search on the number and read the complete abstract at: http://www.bloodjournal.org/content/132/suppl_1. 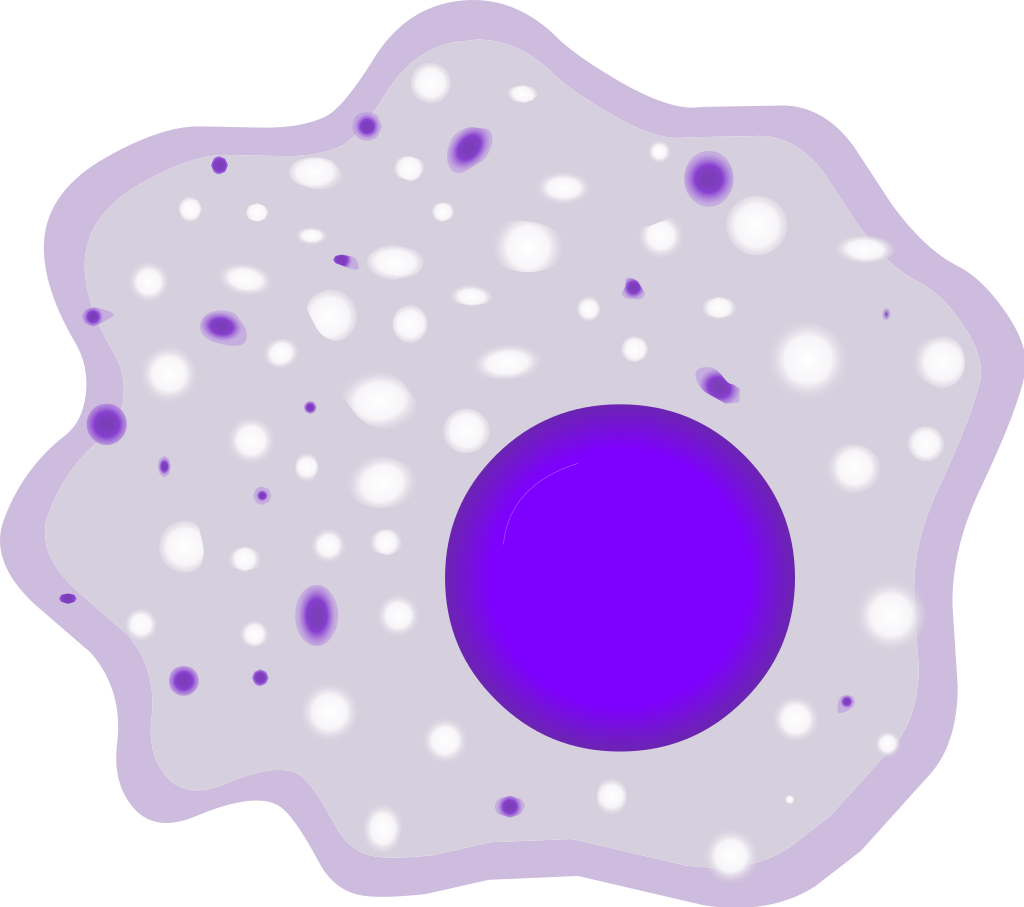 For many years, the blockade of splenic macrophage Fc Gamma Receptors (FcγRs), involved in mediating platelet destruction through phagocytosis (cell death) in the spleen, has been proposed as a therapeutic mechanism for ITP intervention. However, this intervention could not be investigated until the specific FcγRs responsible for inducing phagocytosis in ITP patients were discovered.

Comment from PDSA Medical Advisor:
This is a very interesting study looking at an issue that was first explored in the 1980s, but using new tools to provide very interesting results. Fc receptors (FcR) are on the surface of scavenger cells (“macrophages”) in the spleen and elsewhere. When Immunoglobulin-G (IgG)
antibodies are on cells or bacteria, these receptors bind to the back end of the IgG molecule called the “Fc” piece, attach to the bacteria or cell, and then pull the foreign body inside the scavenger cell and destroy it. This is the primary mechanism whereby platelets are destroyed in ITP.

It has never been completely clear which FcR among subtypes I, II, and III is the predominant one destroying antibody coated platelets in ITP. We had done studies with an antibody to FcRIII many years ago in refractory patients, and about half responded. It is uncertain which type of Fc receptor IVIg therapy affects, although there has been work suggesting that IVIg activates the inhibitory FcR (FcRIIB) and thus shuts down scavenger cells from engulfing and destroying platelets.

The study here suggests that FcRI and FcRIII “share” effects in ITP. If this is true, it could prove to be an important heterogeneity in ITP in different patients. Of note, this follows a recently published study in children from the Netherlands, in which a variation in FcRIIB (the inhibitory FC receptor) was found to have a major role in the course of ITP and response to therapy. 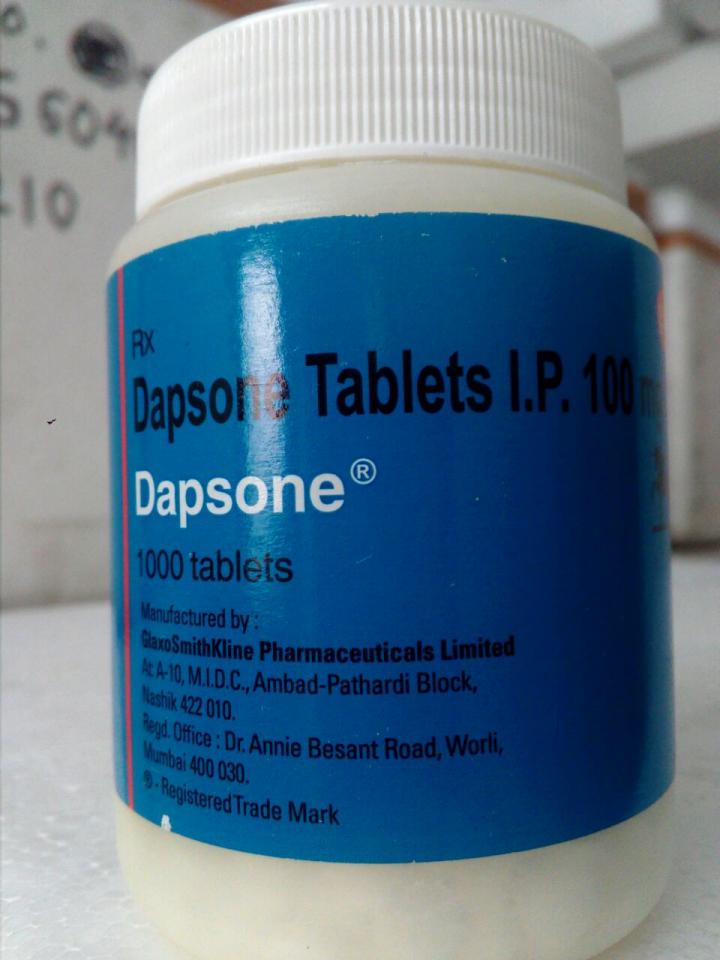 Dapsone, an anti-inflammatory immunosuppressive drug, was not originally developed as a treatment option for ITP patients. However, when patients, suffering from other ailments, treated with Dapsone began to show significant increases in platelet count, it started to be considered as a possible treatment option for ITP. Although Dapsone has been identified and used as an ITP treatment since the 1980’s, due to the lack of information regarding the mechanism of action, safety profile, and efficacy rates, Dapsone was severely underused to treat ITP patients.
This retrospective study examined past records of 122 ITP patients treated with Dapsone in the hope of clarifying the safety profile and efficacy rates for future patients.

Of the patients who received Dapsone, 51% displayed a sustained response for at least two years after terminating treatment. In addition, patients who received Dapsone as a second line therapy showed a higher response rate and found that Dapsone could have a role as a splenectomy-sparing agent. Although the mechanism of action is still under investigation, this study found that Dapsone was well tolerated, with only 16% of patients developing side effects including hemolytic anemia (4%) or symptomatic methemoglobinemia (4%), and demonstrated decent patient response.

Comment from PDSA Medical Advisor:
Dapsone is actually licensed as a treatment for leprosy. It has been used to treat ITP for many years and is generally considered to be a good treatment for “average” cases i.e. not for the most difficult ones. Dapsone is widely used in developing countries for ITP because, as illustrated here, it is reasonably effective, not too toxic and relatively inexpensive. The exact mechanism of drug action is unknown and is likely a combination of two effects: suppression of the autoimmune response, and accelerating the breakdown of red blood cells so that the ability of the spleen to destroy antibody-coated platelets is limited. This latter mechanism resembles that of IV anti-D (WinRho).

The serious toxicity that can potentially occur is the creation of marked anemia if the patient has something wrong with their red cells called “G6PD.” This is a gene on the X chromosome, so general practice in males only is to test them for this (through an easy to do blood test) before initiating treatment with dapsone to ensure avoidance of this medical problem.

Overall, this study is a recapitulation of many previous studies demonstrating the efficacy and safety of dapsone in adults with ITP. 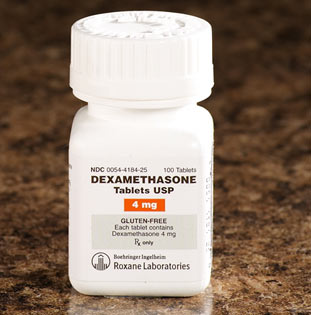 Eltrombopag, an oral thrombopoietin receptor agonist, is currently licensed as a second line therapy in ITP patients. Although patients initially see an increase in platelet count, only 15% of patients maintain a sustained response 2 weeks after treatment discontinuation. This pilot study of 46 adult ITP patients investigated if a combination first line therapy of Eltrombopag and Dexamethasone, an anti-inflammatory glucocorticosteroid treatment, could increase the proportion of patients with a prolonged response.

Initial findings showed that 56% of patients achieved a prolonged response rate, and that the combination therapy was well tolerated and displayed no major adverse side effects. If this trend continues as this pilot study sample size expands, the combination therapy of Eltrombopag and Dexamethasone could represent a new effective and safe first line treatment option for adult ITP patients.

Comment from PDSA Medical Advisor:
This abstract addresses an important issue: Is Eltrombopag (Promacta/Revolade) given with Dexamethasone better than Dexamethasone alone in “curing” ITP?

The goal is to try to optimize the probability of achieving remission by specifically studying adults with ITP at or very near to the time of diagnosis. This is the second year this combination has been investigated and presented at ASH. In both studies, the combination of TPO agent and steroid seems to create at least an additive effect, if not a synergistic effect. Not only are responses to treatment very good, but approximately half of the patients receiving combination therapy do not require further treatment. The abstract presented this year did not show as strong of results as last year’s study, however it is still early in the new study and nonetheless illustrates the benefit of this treatment. The main drawback of the study is that even those who respond to treatment must receive more than 2 cycles of dexamethasone, which can be very difficult to tolerate. Overall, the results of both studies demonstrating the efficacy of combination therapy are still very encouraging.