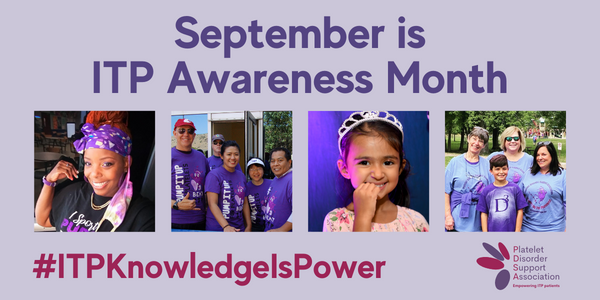 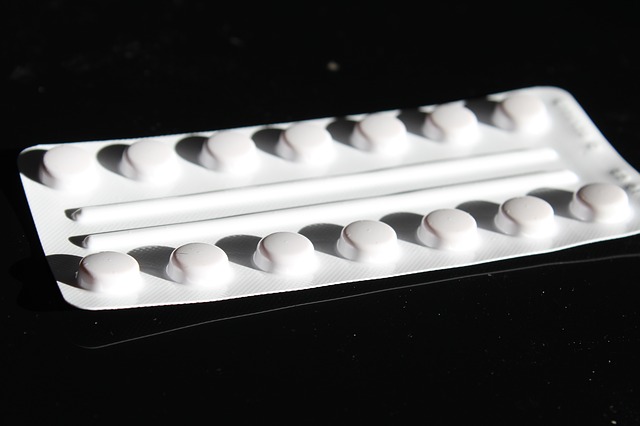 Many ITP patients have taken steroids, such as prednisone, to treat their ITP. Most doctors try to avoid giving corticosteroids to patients for long periods of time because of the known serious side-effects including increased risk for infection, venous thromboembolism, fracture, and chronic conditions such as diabetes and hypertension. However, the risk of complications from short-term steroid use is not well understood with only limited evidence to guide doctors. This large, population-based study of 1.5 million privately insured US adults (under age 64) reviewed their prescriptions for short-term use of steroids over a three-year period. Over that three-year period about one in five American adults in a private insurance plan used oral corticosteroids for less than 30 days. The researchers found steroid prescriptions were associated with statistically significant higher rates of sepsis, venous thromboembolism, and fracture even though used for a fairly brief time.

There is limited data available on potential adverse effects of taking steroids for a short time. Some pathophysiological evidence has shown there is possible early changes after the drug is started. In controlled trials of prednisone vs. placebo in healthy adults there were effects on peripheral white blood cell lines within the first day the drug was ingested. Infection, a known adverse effect of taking steroids, is a common known trigger of thrombosis (clotting), which suggests that venous thromboembolism (clots) and sepsis may occur through immune system changes. The study findings are of particular concern because of the large number of patients exposed to short-term oral steroids in the adult population. While clinical guidelines recommend using the lowest dose of steroids for the shortest period, the study found that even short usage periods, regardless of dosage, were associated with increased risks of adverse events. The researchers said greater attention to initiating steroid prescriptions and monitoring patients for adverse events could improve patient safety. 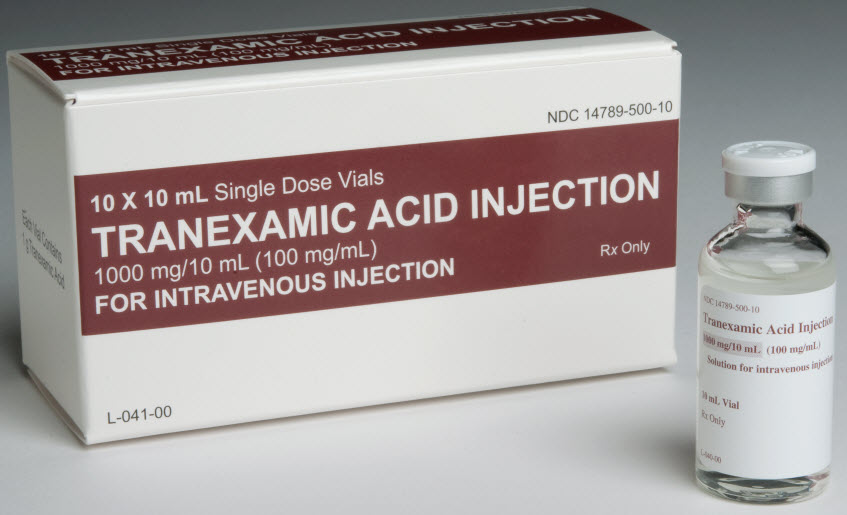 A drug traditionally used in trauma cases has been proven effective for stopping uncontrollable bleeding after childbirth. The treatment, tranexamic acid, was invented in Japan in the 1950s to quickly clot blood and was given intravenously. This treatment has also been given to some ITP patients. Tranexamic acid was originally sold as a treatment for heavy menstrual periods, to whiten skin, and as a preventative measure for hemophiliacs during oral surgery. A six-year study led by physicians at the London School of Hygiene and Tropical Medicine and paid for by Pfizer, the British Health Department, and the Bill and Melinda Gates Foundation looked at 20,000 women in 21 countries to determine the efficacy of tranexamic acid when administered following childbirth. Postpartum hemorrhage kills 100,000 women worldwide every year. Complications cause doctors to perform emergency hysterectomies. The World Health Organization’s recommended protocol was massaging the uterus and injecting oxytocin into the uterus to halt uncontrollable bleeding.

The study, published in The Lancet, demonstrated that tranexamic acid lowered bleeding deaths by a third if administered within three hours of bleeding. The inexpensive therapy, which costs $2 per dose and does not need to be refrigerated, also entered clinical trials in 40 countries serving over 20,000 trauma patients. The results showed a similar reduction in hemorrhage related-deaths. Tranexamic acid will now be available in British and American surgical units in the Middle East, and it now holds a spot on the World Health Organization’s list of essential medications for hospitals.

April was an exciting month for Rigel Pharmaceuticals. They announced their submission of a New Drug Application (NDA) to the U.S. Food and Drug Administration (FDA) for their ITP medication, fostamatinib disodium, as well as the administration’s approval of the drug’s proprietary (marketing) name, Tavalisse™. Tavalisse™ is an oral spleen tyrosine kinase (SYK) inhibitor, which acts as an immunosuppressant. Tyrosine kinases alter receptors in the spleen which signal activation for T cells, B cells, and natural killer cells, thus stimulating an immune response. By inhibiting activity of these proteins, the spleen’s immune response is blocked, thus acting as an effective therapy for autoimmune diseases.

In 2015 fostamatinib received an Orphan Drug designation from the FDA for the treatment of ITP. Orphan Drug designations are given to therapies that are developed for treatment, diagnosis, or prevention of rare diseases. When pharmaceutical companies receive this designation for their products they are eligible for “market exclusivity periods, tax credits, waived FDA fees, and research and development grants and others.” The New Drug Application submitted in early April is supported by data from the Tavalisse™ phase 3 clinical trial, which was composed of two randomized placebo-controlled studies and an open-label extension study. These had promising results for both safety and efficacy, with ITP patients seeing a quick, sustained, and strong rise in their platelet counts. 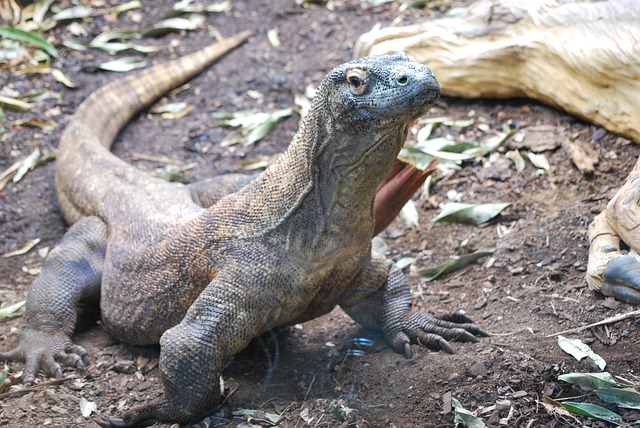 George Mason University scientists have recently discovered a kind of antibiotic that is based on blood from Komodo dragons, a large type of monitor lizard found in Indonesia. Scientists isolated a substance from the dragon blood plasma that seems to have germ-killing abilities. They then created a similar chemical in the laboratory calling it DRGN-1. When tested on mice whose skin had been infected with two kinds of bacteria, the DRGN-1 created holes in the membranes of gram-negative and gram-positive bacteria; it also dissolved biofilms that help glue bacteria together and it sped skin healing. The study published in the journal Biofilms and Microbiomes was paid for by the US military but the scientists are seeking pharmaceutical company backing as well.

It’s become important to find new antibiotics as more bacteria develop resistance to existing antibiotic drugs. Researchers who study crocodiles and monitor lizards have found that the reptiles can survive serious wounds, including loss of legs, while living in filthy environments without getting infections. The komodo dragons in the wild are considered endangered so researchers are working with those that are kept in a zoo or nature park. Researchers are testing 40 additional substances found in the dragon blood for therapeutic potential. 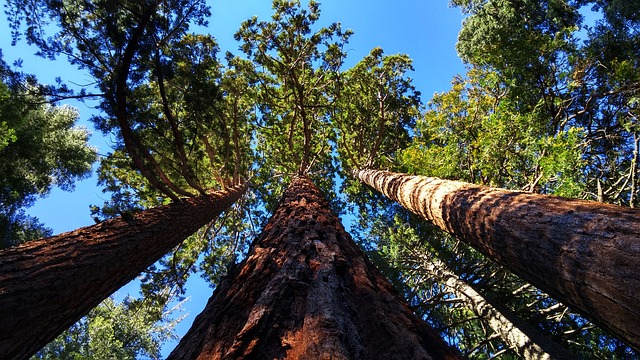 Most have experienced feelings of calm and relaxation that flow over us when we hear water in a stream babbling over rocks or the sound of ocean waves lapping on the shore. New research has shown that there’s a scientific explanation for the restorative effect from listening to nature sounds. Researchers in England used brain scans, heart-rate monitors, and behavioral experiments to describe the physiological reason for the effects. Their study gave functional magnetic resonance imaging (fMRI) scans to 17 healthy adults who listened to soundscapes of natural and manmade environments. During the soundscape participants performed a task that measured their attention and reaction time. Heart rates were monitored to indicate changes in their autonomic nervous system—the system of organs that are part of involuntary processes including breathing, temperature, blood pressure, temperature and metabolism.

From the fMRI results researchers noted that activity in the brain’s default mode network—the area involved in mind wandering and “task-free” states of wakefulness—varied depending on the type of background sounds being played. The study found listening to artificial, manmade sounds was associated with inward-focused attention, while the nature sounds lead to more external-focused attention. Patterns of inward-focused attention may including worrying and rumination about things specific to one’s self. These patterns have been linked to psychological stress, depression, anxiety and post-traumatic stress disorder. Nature sounds were associated with a decrease in the body’s sympathetic response (it causes the ‘fight-or-flight’ feeling) and an increase in parasympathetic response-the one that helps the body relax and function normally. People who began the study with the highest levels of stress (highest sympathetic responses) showed the biggest relaxation benefits from hearing the nature sounds. The researchers also said finding ideal soundscapes could help promote better rest as poor sleep causes autonomic stress (fight or flight response).