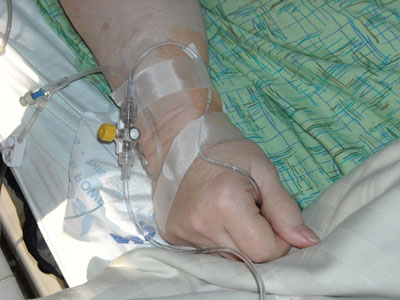 A prospective, controlled study in China compared effects of different doses of IVIg in treating immune thrombocytopenia (ITP). Their findings showed that lower doses of IVIg were as effective as conventional higher doses at raising platelet counts and reducing bleeding. The goal of the study was to lessen costs for ITP patients in China. The study included 167 ITP patients (91 adults and 76 children) who were followed for three years. The patients were divided into three groups based on the IVIg dosages they received for a maximum of five days: Group A (0.2 g/kg/day), Group B (0.3 g/kg/day) and Group C (0.4 g/kg/day). Researchers found the therapeutic response in the 91 adult patients did not differ significantly among the three groups. Adult response rates were: Group A (97.1%), Group B (97.2%), and Group C (100%). The time required for raising platelets to 30,000 (30 x 10(9)/L) were Group A (2.5 days), Group B (3.2 days) and Group C (2.9 days).

Similar results were reported in the ITP children’s groups. The results showed no significant difference of clinical outcomes between Groups A, B, and C. The researchers concluded that low-dose IVIg treatment is as effective as a high-dose regimen without increasing the risk for developing chronic ITP from less intensive IVIg therapy. The findings suggest that patients with ITP could be treated more cost-effectively with lower doses of IVIg. The researchers said additional studies on IVIg doses need to be done.

Swallowing Pills Just Got Easier for Adults and Children 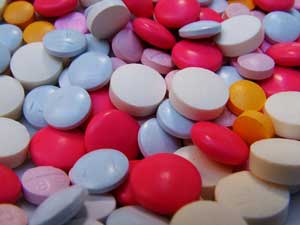 Do you or your child have trouble swallowing pills like prednisone or Promacta®? Researchers at the University of North Carolina, Chapel Hill have identified several important “tricks” to make taking your daily dose of medication much easier. After conducting a PubMed database and bibliography search to select publications from the past 30 years that targeted pediatric patients who had difficulty taking pills, analysts identified the specific method that these studies used to facilitate easier swallowing.

Methods utilized included flavored throat spray, a specialized pill cup, head posture training (such as tilting the head back), or behavioral therapies like modeling and a shaping technique (gradual steps in learning how to swallow with ease that eventually led to effective swallowing). These interventions were discovered to be successful in the pediatric population as they all make a concerted effort to address the child’s issue with pill swallowing. An interesting factor in the study was that younger children (4-5 years) needed less coaching and were able to learn how to properly take their pills faster. It is likely that the older children have had a greater amount of “uncomfortable” experiences taking pills, and may require more reassurance and training. 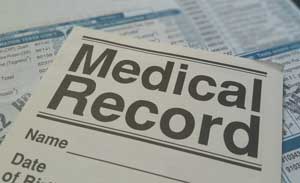 Frustration over access to a patient’s own medical records is among the top five issues investigated by the Office for Civil Rights at the US Department of Health and Human Services, the agency which enforces federal health privacy standards. “Based on recent studies and our own enforcement experience, far too often individuals face obstacles to accessing their health information,” according to Jocelyn Samuels, deputy director for the Office of Civil Rights. In theory, under the 1996 Health Insurance and Portability and Accountability Act (HIPAA), patients have had the right to obtain copies of their medical records, but federal officials say they receive large numbers of complaints from consumers trying to exercise that right.

New guidelines issued by the Obama Administration in January 2016 state that doctors and hospitals cannot require patients to give a “reason” for requesting their medical records and cannot deny patients access out of concern that patients “may be upset by information in their records. “ Under the new guidelines a health care provider cannot require patients to pick up their records in person if they ask for records to be sent by mail or email and they cannot deny requests for records because the patient has not paid a medical bill. Doctors and hospitals may charge a copying fee. They may not charge for costs of searching for and retrieving data.

Patient access to their medical records makes it easier for them to participate in their own health care. They can review what they’ve been told by their doctors and, in some cases, consider other options for their care. Parents of children with rare disorders have wanted copies of their children’s health care records so that the children wouldn’t have to repeat expensive medical tests and imaging procedures when they seek second opinions or see other specialists. The guidelines require doctors and hospitals to provide consumers access to their health information within 30 days. Most requests should be fulfilled in under 30 days.

Researchers Not So Energized about the Effects of Energy Drinks 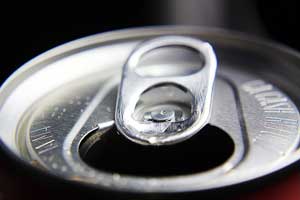 Feeling fatigued? Don’t reach for an energy drink! In a publication in the International Journal of Cardiology, researchers at the University of Adelaide have discovered that consumption of more than two energy drinks per day causes irregular heart palpitations and a fast heartbeat. Although energy drinks have increased in popularity as an alternative to other caffeinated beverages such as coffee and tea, the danger in these drinks arises from the combination of high levels of sugar, vitamins, herbal extracts, not to mention unsafe amounts of caffeine.

After surveying patients in the emergency department with heartbeat irregularities, the researchers discovered that 70% of them had ingested energy drinks before being admitted, providing a direct relationship between hospital admission and energy drinks. Further, patients who “were heavy consumers of energy drinks were found to have a significantly higher frequency of heart palpitations than those who consumed less than one drink per day. Importantly, fast heartbeat and heart palpitations were seen in energy drink consumers who were healthy and had no risk factors for heart disease,” explains coauthor Dr. Scott Willoughby.

In the future if you’re feeling fatigued and can’t relax and take a nap, be sure to reach for a small cup of coffee or tea for your afternoon pick-me-up instead.

Busuttil, M, et al. “A survey of energy drink consumption among young patients presenting to the emergency department with the symptom of palpitations.” International Journal of Cardiology, Feb. 1, 2016, 204: 55-56.
http://www.internationaljournalofcardiology.com/article/S0167-5273(15)30918-9/abstract