Recent Ebola virus cases in the US have caused concern for many people, including those at the Plasma Protein Therapeutics Association (PPTA). PPTA issued a statement October 13, 2014 about the safety of immune globulin (Ig).  IVIg is a common treatment for ITP patients. Patients who receive plasma protein therapies may have concerns about transmission of Ebola virus through their treatment.

The EU Center for Disease Prevention (ECDC) recommends that travelers or residents returning from an Ebola Virus Diseases (EVD) affected area should be deferred for donation of plasma for fractionation for two months after return. The Ebola virus incubation period is estimated at 25 days. PPTA's voluntary Hold of all incoming plasma for fractionation of 60 days would be adequate to allow for removal of a unit in question, if necessary. PPTA said it is not likely Ebola virus would be introduced into a plasma pool for fractionation because individuals are rejected for donation if they have viral infection symptoms, such as fever. As an additional safeguard, the PPTA Source Board has endorsed a recommendation for implementing a voluntary deferral of 60 days for donors returning from EVD affected areas.

Rigel PharmaceuticalsRigel Pharmaceuticals, Inc., in mid-July announced start of a Phase 3 clinical program for its oral SYK inhibitor, fostamatinib in patients with chronic ITP. Results of their Phase 2 clinical study (published in Blood, Vol. 113, number 14) showed fostamatinib significantly increased platelet counts of certain ITP patients including those who had failed other available treatments. Fostamatinib is a therapy that may address the autoimmune basis of ITP. The tablet, when taken, blocks activation of SYK kinase inside immune cells. When SYK is inhibited by fostamatinib it interrupts the immune response that led to platelet destruction, allowing platelets to survive.

In the Phase 3 clinical study, 150 chronic ITP patients will be randomly divided into two identical, multi-center, double-blind, placebo-controlled groups. Patients will have platelet counts of 30,000 or less. Two thirds will receive the treatment and one-third will receive the placebo. Main endpoint of the study is a stable platelet response by week 24 with counts of 50,000 or higher. Results are expected by the end of 2015.

The Division of Blood Disorders at the US Centers for Disease Control (CDC), along with the National Hemophilia Foundation (NHF) and Harris Interactive conducted a national internet survey of young women. The survey was used to learn more about young women's thoughts on menstruation or menstrual periods (part of a woman's monthly cycle) and heavy bleeding. They wanted to understand what young women know about bleeding disorders in general and if they are familiar with signs and symptoms of a bleeding disorder. There were 1,243 young women (age 18-25) who participated in the survey.

CDC and the NHF will use the findings in developing health promotion materials to encourage women with bleeding symptoms to see a doctor.

A Green Apple a Day May Keep Obesity Away 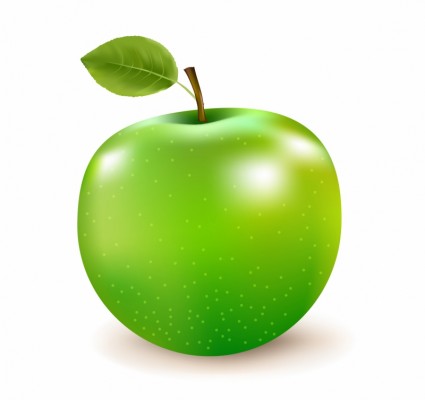 Apples have been known to have many health benefits.  In a study that was the first of its kind, a Washington State University research team found that among seven varieties of apples tested, Granny Smiths (a green apple) appeared to have the most beneficial effect on good gut bacteria in diet-induced obese mice.  When researchers compared feces of lean mice to that of obese mice fed Granny Smith apples, the proportion of helpful bacteria strains was very similar.  Granny Smith apples are high in non-digestible fiber and polyphenols (a type of antioxidant).  Even after being chewed and in stomach acid, the apple compounds reach the colon unscathed.  Bacteria in the colon ferment the compounds, producing butyric acid.  That then spurs growth of friendly gut bacteria.  The researchers said around 35% of American adults are obese and at risk of conditions such as heart disease, diabetes, and stroke.  The gut bacteria of obese people is usually impaired.   Gut bacteria imbalance, usually determined by the type of food we eat, can cause chronic inflammation in the body.  The researchers say by re-establishing the balance of gut bacteria by eating Granny Smith apples, the inflammation may be reduced.