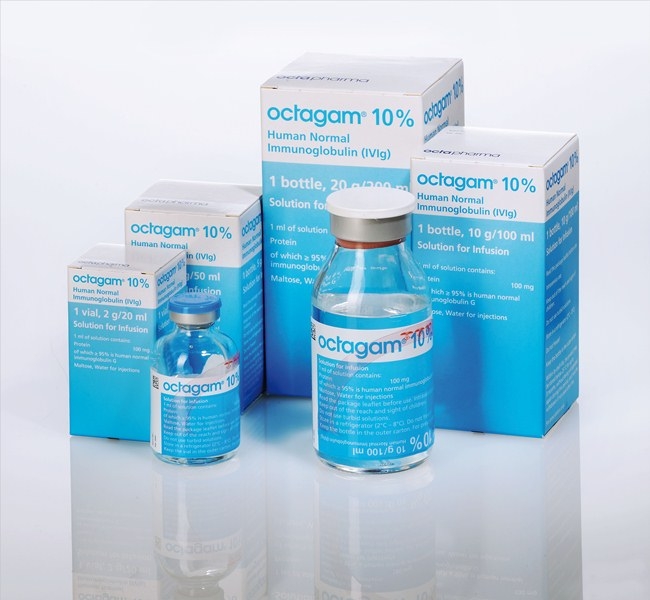 Octapharma USA announced July 15, 2014 that the US FDA has approved Octagam 10%, an immune globulin intravenous 10% (100 mg/mL) liquid for treatment of adults with chronic immune thrombocytopenia (ITP). Octagam 10% is a sterile preparation of highly purified immunoglobulin G (IgG) derived from large pools of human plasma. Octapharma USA is the US subsidiary of the Swiss company Octapharma AG, which is a global human protein products manufacturer. The FDA's approval is a significant Octapharma milestone and opens up new treatment options for patients. Octagam 10% demonstrated safety and efficacy in a clinical trial of 66 patients with chronic ITP. Headaches and rapid heart rates were the most common treatment-related adverse events observed. Thromboses (blood clots) are a risk factor with all immune globulin intravenous products, including Octagam 10%. The new treatment is expected to be available in the US in September 2014. 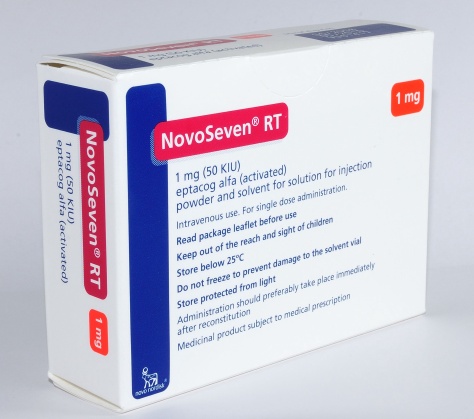 A Danish global healthcare company Novo Nordisk announced July 7, 2014 that the US Food and Drug Administration (FDA) has approved NovoSeven® RT  (Coagulation Factor VIIa [Recombinant]) as the first recombinant treatment for bleeding episodes in patients with the rare genetic blood disorder Glanzmann's Thrombasthenia (GT) who do not see a rise in circulating platelets after blood transfusions.  These patients have lifelong susceptibility toward bleeding episodes, sometimes severe.  GT affects one in one million people globally and occurs because of missing surface proteins on platelets, which seriously affects the blood's ability to form strong clots.  FDA approved NovoSeven® RT based on evidence collected from the global Glanzmann's Thrombasthenia Registry (GTR), which includes 218 patients and over 1,000 bleeding and surgical events.  The data supported the effectiveness and safety of the new drug in treating bleeding and preventing bleeding during surgeries for GT patients.

We know that early diagnosis of an illness means a better treatment outcome.  But testing is often difficult, painful and costly.  Now we can breathe a sigh of relief...there are now simple breath tests that detect diseases, sometimes before the patient shows outward symptoms.  Researchers have already studied whether breath tests could detect liver, kidney and heart disease.  Some ITP patients have had breath tests for H. pylori bacteria in the stomach.  Now a recent pilot study showed that a breath test was 100 percent accurate in detecting patients with heart failure.  Lung cancer was another disease picked up by breath test, with about 80 percent accuracy.  Dr. Raed Dweik, Director of the Pulmonary Vascular Program at the Cleveland Clinic said, "Anything in your blood that is potentially volatile will end up in your breath."

We know about the dangers of too much sun during the summer months.  But a new growing warm weather problem poses real danger -- bug bites.  Usually mosquito bites are a minor nuisance during summer.  However, more people are contracting dangerous bug-borne diseases.  West Nile virus, a well-known mosquito-related infection, can be hard to diagnose.  It can take two weeks to develop symptoms, which include fever, headache, rash, fatigue, and joint aches and pains.  In serious cases patients develop a neuroinvasive form of West Nile where the virus infects the brain, causing meningitis (inflammation of brain membrane) or encephalitis (inflammation of the brain itself).  Diagnosis is complicated and there's currently no remedy.  Doctors recommend lots of fluids, rest, and pain relievers.

A more recent bug-borne virus called Chikungunya has moved from South America and the Caribbean into Florida and spread throughout the U.S. is considered imminent.  The first symptom is fever, about a week after the bite.  Next comes unbearable joint pain, fatigue, rashes, headaches, and muscle aches.  Symptoms can linger months, even years.  There is no cure or vaccination to prevent it.   Both viruses are spread only by infected mosquito bites, mainly by the Asian tiger mosquito, a very small, daytime feeder.  When outdoors take precautions to cover up, wear non-DEET insect repellant, avoid using pesticides (toxins), and be sure your yard is not harboring mosquito-breeding with standing water.