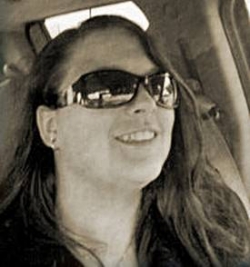 My 8th Grade year (2000) I was a Normal Active Tween. I had some Family in town and my Aunt Asked my Mother if she was beating me. My Aunt Stop Counting Bruise's at around 50 or So. My Mother then proceeded to take me to my Normal doctor on that Friday.

They ran some blood work and told my mother they would call her with the results. On Saturday Morning, my mother gets a Phone call informing her I needed to be at the Doctors office ASAP. Not telling my mother anything that was going on. She went to get me up and ready, when the On-call Doctor then call my mother and asked her if she was on her way, and yet putting my mother in a panic they just told her to hurry.

When we got to the Doctors Office they proceeded to take me in to do more blood work. Explained to my mother that their was an abnormality in my LAN work, but not telling us what exactly was going on. I was 13 at the time and had better things to do with my Saturday, especially considering the fact that I was suppose to be on a school trip to a UCLA football game. Anyhow, while sitting in this Cold Doctors Office, I recall a group of Doctors and Nurses in the Hallway, exclaiming that it wasn’t Possible and listing these disease and disorders that could be causing this. Finally a Doctor comes into the room with my mother and me and explains to me that I am a Walking dead person, I had a Platelet count of 12,000, and a normal person is typically 150k to 300k. And that they have to find the correct medication for me that I was RH- and that the Hospital's didn’t have enough medicines for me.

From this Point I was sent to a Specialist Ped-Hemotolist in Santa Barbara. And she treated me with IVIG. This worked for approximately 6 weeks at a time. From my 14th Birthday to my 17 birthday, I had routine Blood draws, and infusions. I would occasionally stabilize at approximately 70k.

At 18 I proceeded to have my First Child. The Doctors were in awe. Somehow my body cured itself and I stayed 100k+ my whole pregnancy. This continued for 3 month. When my daughter was 3 months old, My Plates dived down to 15k, and was given Dexamethazone. I would take this steroid treatment for 3 days, and it would keep me in the 80k's for 2-3 months at a time.

At age 20 I was holding at 100k, with no treatment, just routine blood draws. I then dropped to 20k, and found out that I was pregnant with my second child. My body then formed not only my chronic ITP (that they told me I’d out grow) but now I had Pregnancy ITP. I received IVIG twice during this pregnancy. My Pregnancy was a high risk at this point and I was seeing 3 doctors a week between my OB, a high risk OB, my Hematologist, and a Ped-Hematologist. I was placed on bed rest for majority of my third trimester, and was told I would have to have a C-section this time even if my Count was high at time of labor. I had my second Child at 34 weeks, emergency C-section.

I recovered with no Complications and Stabilized at 100k yet again - until November of 2008. I once again dropped below my safe zone (30k). I received once again IVIG. I then Met an Oncologist that Suggested that Stress Lowers my Platelets. I had never been told this before. Feb. 2009, I was still holding, never dropping below 100k. I was Pregnant with Baby Number 3. Normal Count my whole Pregnancy. He was born August 2009. He is 18 months old and I have not been below 150k when checked.

I now only have my Blood Checked when I show Signs. I’ve Been Living my Life to the Fullest! I live my life with ITP, But ITP doesn’t OWN Me!