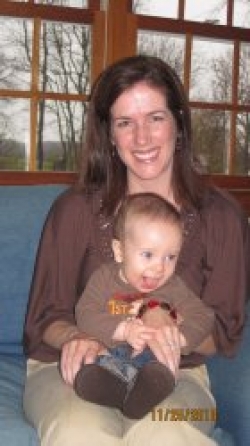 Last week I noticed small, unraised, red dots on my sons skin that were faint.  The next morning they were much more pronounced so I took my son into his pediatrician that morning.  His doctor called the dots petechiae and he was pretty sure that it was ITP.
Did a CBC in office and his platelets were only 1,000.  We were sent to the ER in the Childrens Hospital of Philadelphia.  Later that day at the ER, his platelet count was at 8,000.  We were admitted  that night and did an ivig treatment and by the next afternoon his platelets were up to 20,000. This count was high enough to be discharged from the hospital.

Two days later I took my son in for another CBC and his count was down to 11,000.  The hematologist asked that I bring my son back three days later to get his count again.  Only 4,000 at that time so we decided to have another round of IVIG.  My hematologist mentioned that sometimes it can take up to 3 tries of IVIG until the body responds.

Two days later his petechiae has faded and his platelets are at 50,000!  We are praying that the second IVIG did the trick and that his body will take over after the IVIG wares off in several weeks.  Hopefully this is an acute case.

Will up date after my appt next week with the hematologist.