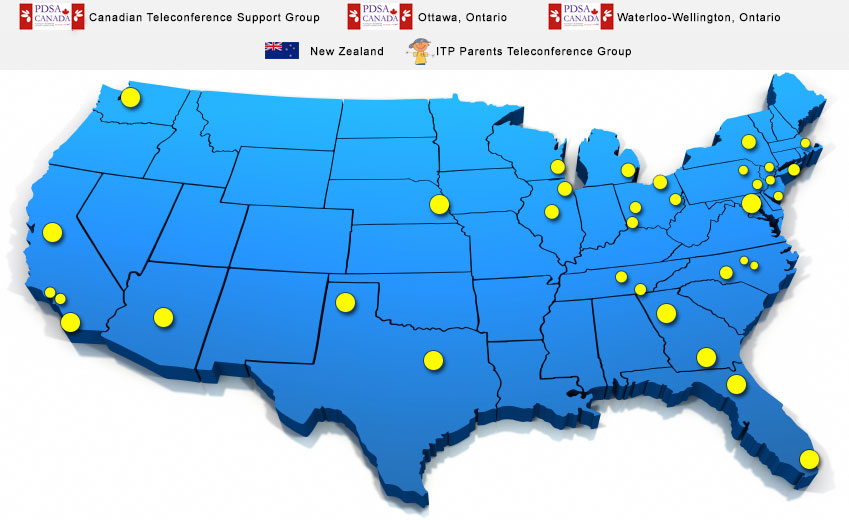 PDSA has support groups across the United States and Canada and new groups continue to form.  Listed below are existing groups with scheduled meeting dates.  No group listed in your area?  Consider forming a group and becoming a facilitator.  We’ll provide you with a New Facilitator Kit to help you get a group started.  For information about an existing group or to form a new one, contact Jody Shy at jshy@pdsa.org  or call toll free at 1-877-528-3538.