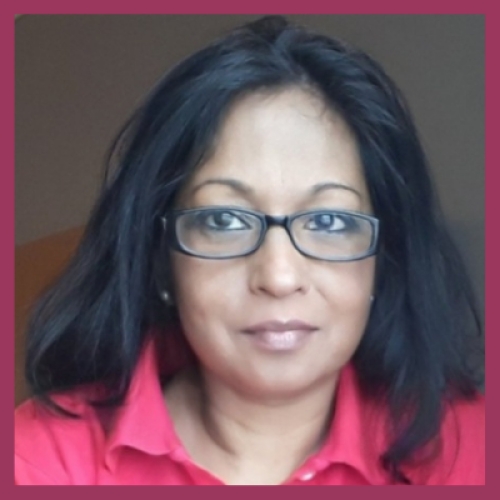 I am a 55-year-old career-oriented woman, and this is my ITP story.

I was first diagnosed with ITP at 17 years old, but I began having consistent nose bleeds and blue-black bruises when I was about 7 years old. I was hospitalized after a blood test showed a platelet count of 5,000 and the doctors put me on prednisone – 3 tablets, 3 times a day – hoping it would raise my counts, but it did not. I could not play sports anymore or participate in any kind of physical activity. I was also told to stop school because any kind of fall could cause cerebral bleeding, but I continued attending school anyway. I live on an island in the Caribbean and had goals and dreams I wanted to pursue, but my life turned upside down between the steroids, weight gain, stretch marks, excessive eating, hospitalization for heavy bleeding, and drug-induced diabetes.

I was referred to a blood specialist to determine the best course of action for my case, and she recommended a splenectomy, which I agreed to after two and a half years. My platelet count went back to normal the day after the surgery, and that lasted for about 6 months then it dropped below the normal level again. I was on a small dose of steroids but only for a short time.

Ten years ago, I had a virus and did a blood test, and the results showed a low platelet count which led me to believe that elevated antibodies still destroy my platelets, so I am even more cautious now. I have developed several types of allergies – external and food – but I learned how to avoid situations and adapt easier than most. I now live a demanding but happy life. I understand my limitations and cope very well, and I am grateful for the support from the PDSA.