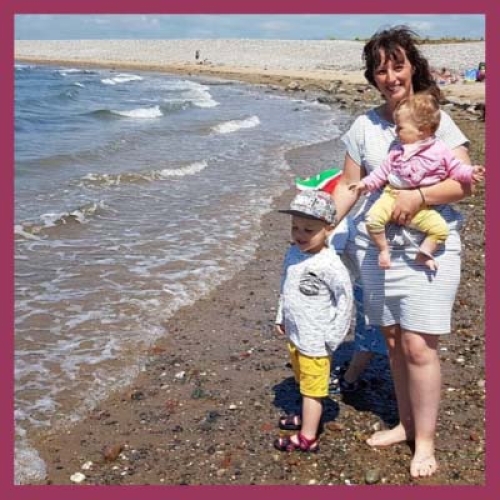 I was covered in bruises and had a bloody nose nearly every day. If I went from a cold place to a warm place – and vice versa – it would start bleeding. One time I had to be admitted to the hospital because I had a bloody nose that would not stop bleeding. I enjoyed my sports and was playing football and hockey, but wasn’t allowed to play rugby. It was all dangerous, but I was very determined and so I carried on playing sports.

Even though I was diagnosed with ITP early on, the doctors didn’t understand where the platelets were going. After about six to seven years of tests and scans, and even going to two different hospitals in London (quite frightening for a girl from West Wales), I finally found out that my spleen was eating the platelets; so, when I was 17 years old, I had a splenectomy. As a result, I’m on antibiotics every day for the rest of my life, and since then I think I can count on one hand how many times I’ve had a bloody nose!

I’m now a mum to two children – a three-year-old son and a one-year-old daughter. They were both born with ITP and had to have blood transfusions when they were just days old. Thankfully we think they are both fine now as they had grown out of it by the time they were six months old.