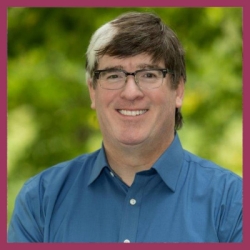 In 1999, I noticed a lot of “spots” all over my body. I went to the doctor and even they were perplexed. Some bloodwork was done, and I went on to work. It was a shock to get home that night to a message on the voicemail, telling me to get to the hospital immediately. My platelet count was below 5,000. That was my first dance with ITP.

A year later, it happened again, just days before I was supposed to board a flight to Colorado. That event led to my splenectomy. Since then, I have had three recurrences, where my counts will go from perfectly normal to 2,000 or less. It wasn’t until the last recurrence that it was discovered that my ITP diagnosis was the first sign of a broader immune deficiency I was ultimately diagnosed with.

Each day is a surprise. I never know if I will wake up with petechiae, blood blisters, nose bleeds, or some other sign that I need to call my hematologist. I keep a supply of medication on hand, in the event something shows itself. The treatment for my immune condition is monthly infusions of IVIG, so if my counts drop, things are serious.

I’ve learned that you just have to take things as they are dealt to you. Be prepared as much as you can, but ultimately, rely on your medical team to know what to do.