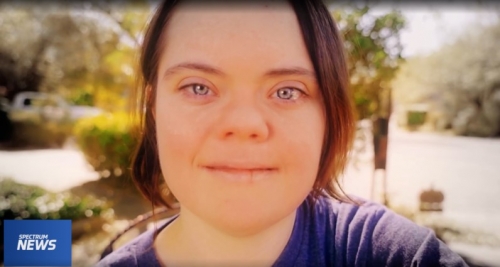 "Kayleigh was diagnosed with hypothyroidism and then hyperthyroidism, which are prevalent for Down syndrome individuals. She also had sleep apnea and immune thrombocytopenia — or ITP — a condition in which the blood doesn’t clot normally.

When Kayleigh reached about 215 pounds, doctors gave Williamson the grim warning that things would not end well for her daughter.

“It dawned on me I didn't want my daughter laying in a hospital bed and me apologizing for her for something I could have prevented with a lifestyle change,” said Williamson.

The mother and daughter made health their main mission. The two joined Weight Watchers, and Williamson, who had just finished her first half marathon, encouraged Kayleigh to start running with her."