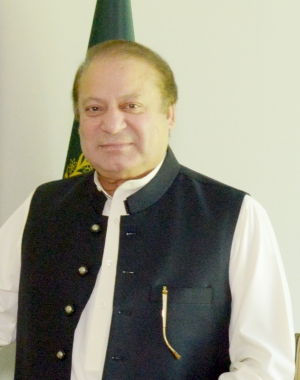 Former Pakistan prime minister Nawaz Sharif continues to remain critical and his platelet count has dropped again even as doctors are trying to reduce the steroid dose being administered to the ailing leader.

"Former PM NawazSharif remains critical. The treating doctors tried to reduce the Steroids dose being given to him but unfortunately resulted in a drop in Platelet count again. The cause needs to be diagnosed & established without delay," Sharif's personal physician Adnan Khan tweeted on Saturday.

"Severe existent co-morbidities has added to the seriousness of the nature of the critical illness, where a very delicate balance has to be maintained between coagulation & anti-coagulation to sustain fragile unstable health status," he said in a follow-up tweet.
Earlier on Tuesday, the doctor said that Sharif's health was in a critical condition and fighting a battle for survival.