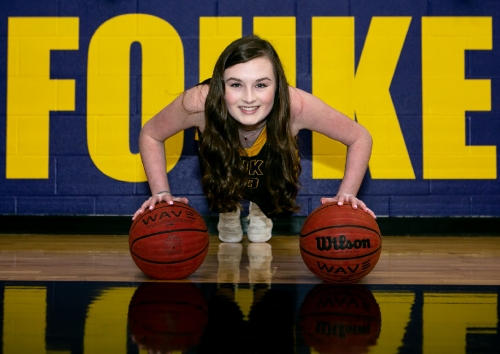 "Taylor Hardin had big plans for her junior year of high school.

A stand-out basketball player, a few of her goals included scoring her 1,000th career point and seeing her team go to state.

Both of those things happened, but it wasn't without a lot of struggle and hardship.

In September 2018 Taylor, 16, went in for a regular check-up and unexpectedly her pediatrician decided to do blood work. Those tests revealed that Taylor had idiopathic thrombocytopenic purpura (ITP), a blood disorder that leads to bleeding and excessive bruising due to low levels of platelets, the cells that help blood clot."