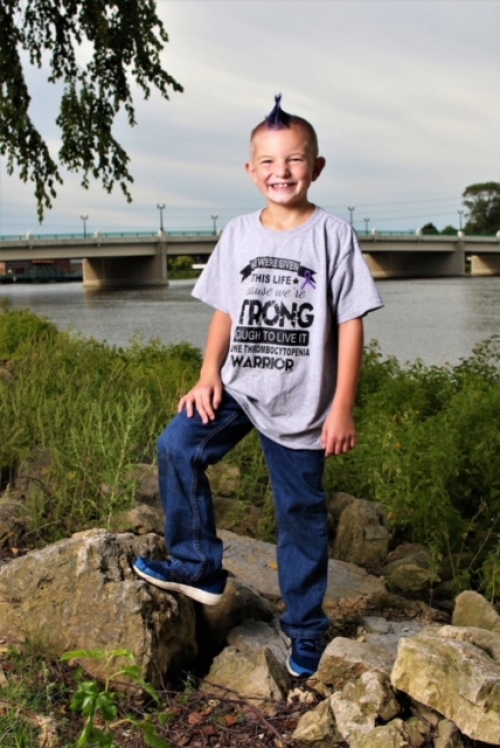 A Townview Elementary third grader will get the trip of a lifetime when his family goes to Disney World and Universal Studios in Florida on March 4-8, courtesy of the Kids Wish Network.

The student was awarded with the trip because of his efforts to spread awareness for his health condition, Idiopathic Thrombocytopenic Purpura (ITP).

He learned about the trip during a Super Bowl party on Sunday. The Kids Wish Network had sent him a box from the Green Bay Packers filled with a football, shirt, hat, stuffed dog, flag, stickers and card from Aaron Rodgers as well as Rodgers' photo and autograph. He opened it and was thrilled with the many contents.

Cayden Krueger was surprised with a trip to Disney World for his efforts to bring awareness to a rare disease.