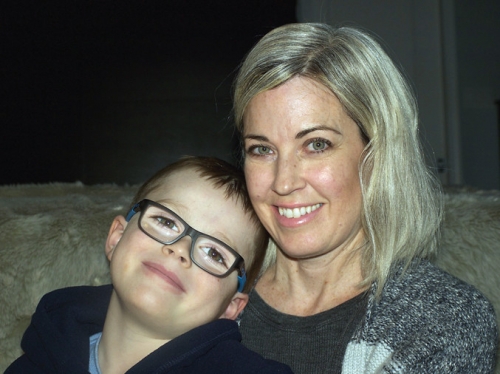 Cooper stopped playing hockey and had to be home-schooled because of his condition. A simple nose bleed could be fatal and even a minor bump on the head could lead to internal bleeding in the brain.

Over the next year, the family cycled through medication and treatments, trying anything they could to make a difference. But nothing worked longer than a few weeks and often the side effects were even worse.

Kelly estimates they have spent thousands of dollars on medicines. However, they finally found something that is working … at least for the time being.

- By Eric Bowling, The Westlock News.  Photo courtesy of the family.