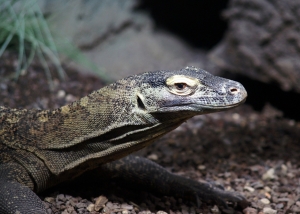 "Scientists from George Mason University recently isolated a substance in the blood of a Komodo dragon that appeared to have powerful germ-killing abilities.

Inspired by the discovery, they created a similar chemical in the lab and dubbed it DRGN-1.

Tests on mice that were given skin wounds infected with two types of bacteria showed that DRGN-1 had three valuable properties: It punched holes in the outer membranes of both gram-negative and gram-positive bacteria, it dissolved the biofilms that glue bacteria together, and it sped skin healing."