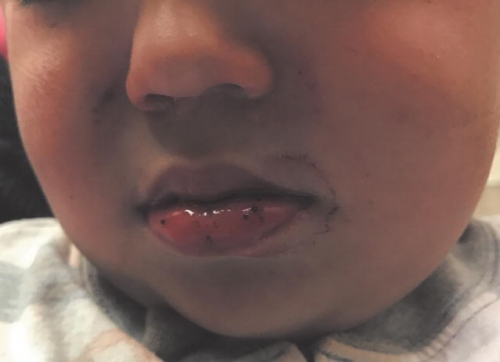 "The mother of a 4-year-old boy called the nurse line because her son had what she described as an itchy, red rash on his arms and back since the night before. After a full triage, she was given instructions for symptomatic care and follow-up with the pediatrician the next day. The mother called back later that day because the patient had developed the same rash everywhere and some new bruising on his arms and legs after playing on the trampoline in the yard. She was directed to have her child evaluated in the emergency department."