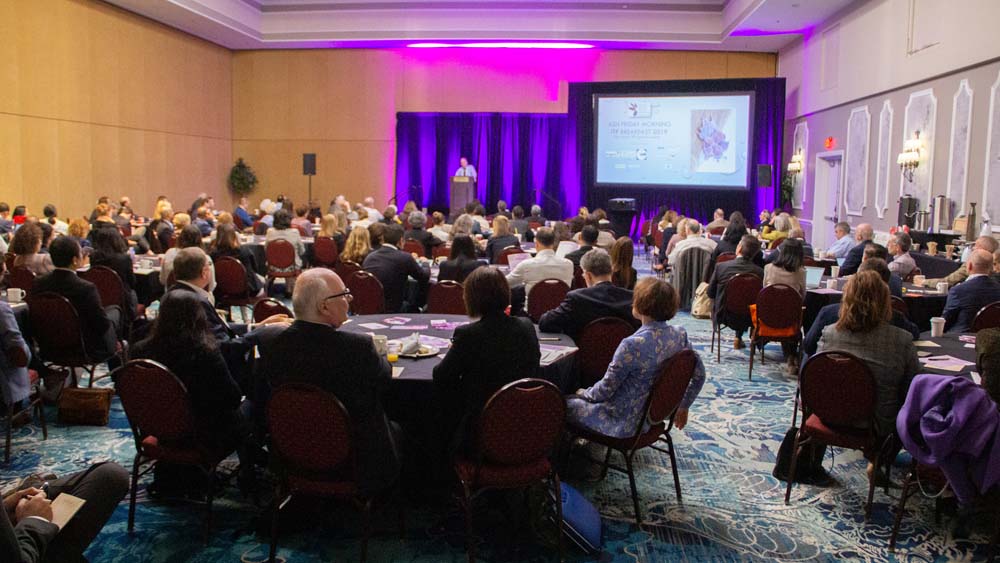 This year’s 2019 ASH meeting, held December 7-10 in Orlando (Florida), attracted over 30,000 clinicians, scientists, pharmaceutical company personnel and even investment analysts worldwide to share ground-breaking research in the field of hematology. The conference included the annual ITP breakfast meeting, coordinated by PDSA and four of PDSA’s Medical Advisors, Dr. James Bussel, Dr. Nichola Cooper, Dr. Michele Lambert and Dr. John Semple. Thirteen hematology experts were invited to present their leading-edge ITP research. In this issue of the e-news, we report on experimental therapies for ITP for which updates on or new clinical trials were presented. Watch for additional ASH reports in the 2019 winter issue of The Platelet News, the PDSA quarterly newsletter.

The ASH abstract numbers are shown in parentheses. You can search on the number and read the complete abstract at: https://ashpublications.org/blood/issue/134/Supplement_1.

Abstracts 1 and 2 describe a novel mechanism to increase the platelet count in ITP that also might have application to other diseases. These two studies evaluate a novel method to treat ITP using molecules that target and bind to the so-called neonatal Fc receptor (FcRn). The drugs are designed to increase IgG clearance by blocking normal IgG recycling in the body. IgG antibodies normally may remain in the blood for thirty days but, when recycling is blocked, they may only last about five days. This is important because when you lower all IgG molecules, you also lower IgG antibodies to platelets. These IgG anti-platelet antibodies accelerate platelet clearance and destruction, and also interfere with proper platelet production. Therefore, it would be expected that lowering IgG levels will equally lower IgG anti-platelet antibody levels which will increase platelet count in patients with ITP. 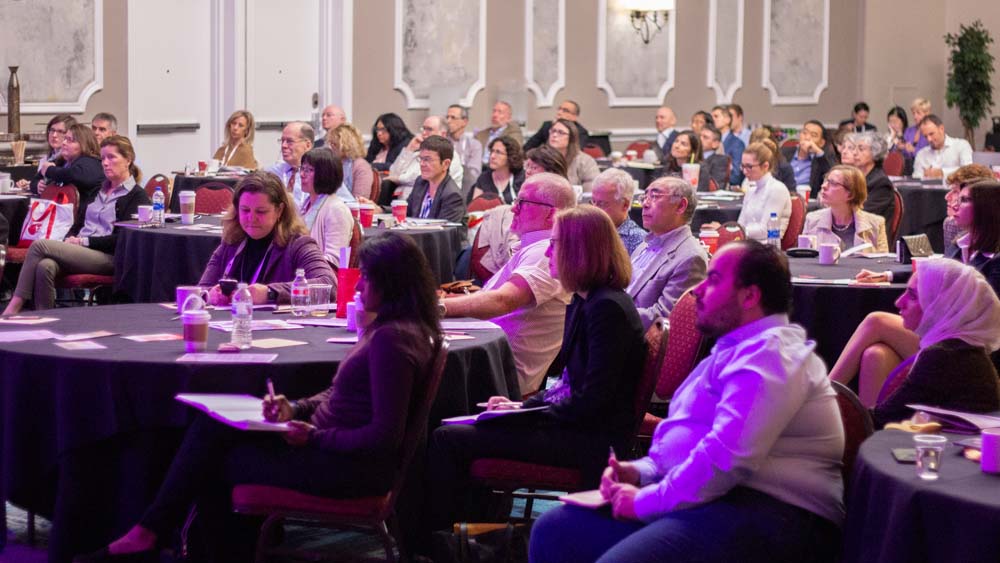 Participants included adult patients with primary ITP who exhibited an average platelet count below 30 x 109/L on two occasions and were unresponsive to previously tried therapies. Twenty-six study participants with ITP and healthy controls received Efgartigimod (or placebo) through 4 weekly intravenous infusions at a dose of either 5 mg/kg or 10 mg/kg Efgartigimod is a human Fc fragment (part of the IgG molecule) that targets and binds to FcRn to block its effect to prolong the life of IgG antibodies.Treatment with Efgartigimod resulted in the anticipated decline of total IgG and all IgG subtypes (63.7% from baseline). Platelet counts increased substantially following Efgartigimod therapy in about half the treated patients, in whom a reduction in bleeding symptoms was observed using WHO and ITP-BAT bleeding scales. This trend to increased platelet counts was also observed in a subpopulation who received additional rounds of Efgartigimod infusions following their week 13 follow-up and were able to continue to use this drug for up to one year through the open label extension allowance. The drug was well tolerated and no dose-related safety concerns were reported during the short duration of this study. 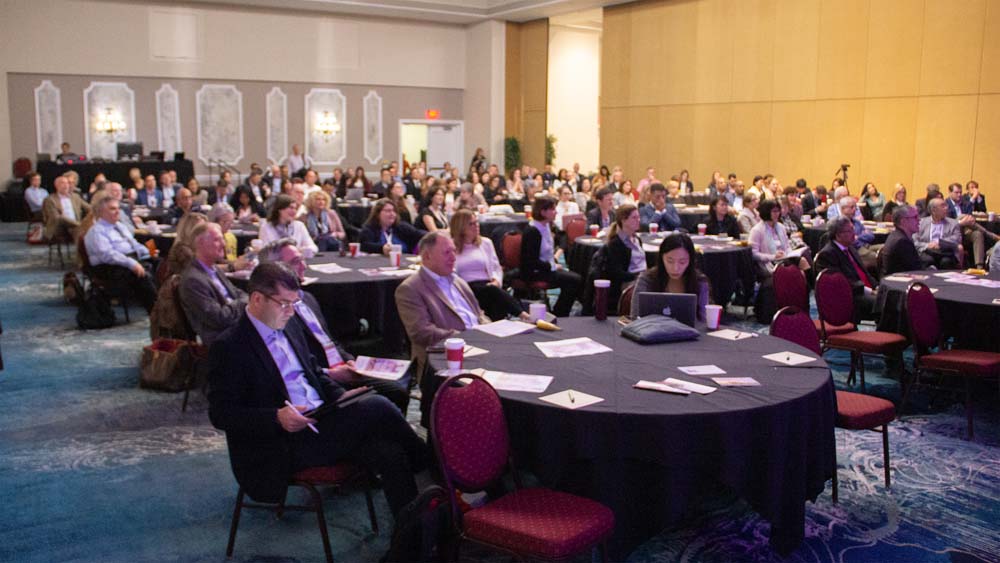 This study specifically addresses the efficacy and safety of Rozanolixizumab which is a human monoclonal IgG antibody that binds to and blocks FcRn to reduce circulating IgG anti-platelet levels that otherwise would create accelerated platelet destruction and likely also inhibit platelet production.

This study included 66 participants over the age of 18 years with persistent or chronic ITP who had a platelet count under 30 x 109/L. They received a total of 15-21mg/kg of this drug administered through subcutaneous injection either in smaller multiple doses or single higher doses. Follow-up was weekly. Participants tolerated the drug well with only minor adverse reactions such as headache. Improvement in platelet counts and a decrease in serum IgG was observed at all doses of Rozanolixizumab. Those who received a single higher dose administration saw the quickest rise in platelet counts with response by day 8 coincident with the lowest level of plasma IgG. The response rates at the two higher single doses (15 and 20 mg) were 55-65%. Responses lasted a mean of about one week at counts > 50,000. No infections of note were seen, potentially because the IgA and IgM levels remain unchanged and IgG production is not impaired.

As mentioned above, the long-term safety and efficacy of IgG lowering therapies in patients with ITP remains to be determined.

3. Inhibition of the Classical Pathway of Complement with Sutimlimab in Chronic Immune Thrombocytopenic (ITP) Patients without Adequate Response to Two or More Prior Therapies (122210) 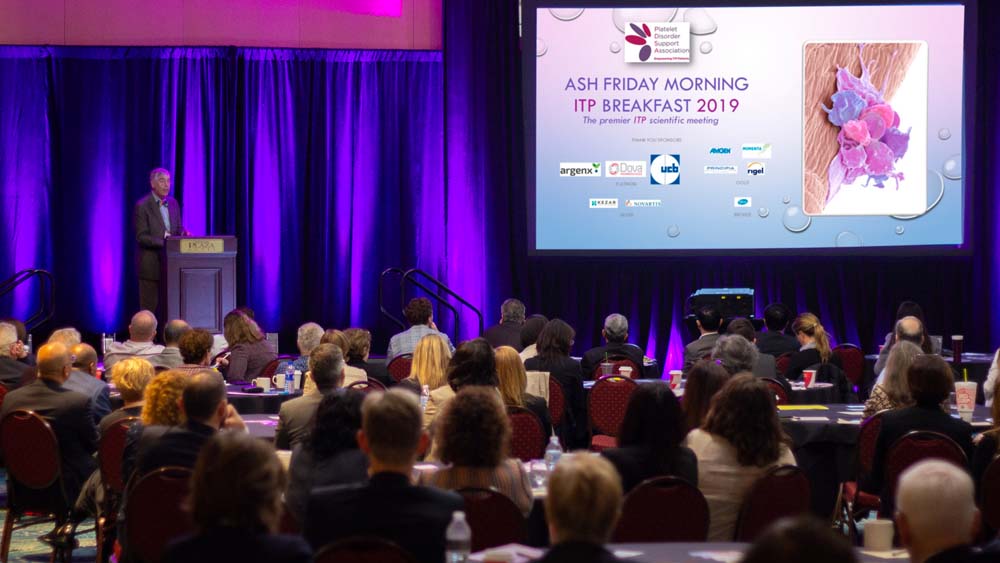 This phase one (earliest) open-label (patients and doctors knew what the patients were taking) study explored whether Sutimlimab can improve platelet counts in individuals with chronic ITP who have low platelet counts (below 30 x 109/L) and have shown a poor/no response to at least two prior therapies. Sutimlimab (previously referred to as BIVV009) is a humanized monoclonal antibody that is designed to target the protein C1s. C1s is an enzyme in the “classic complement pathway” (CP) of proteins that may be “activated” by IgG antibodies either by helping them to have macrophages “eat” what the antibodies are bound to or may also destroy the entity (bacteria, platelet) that the antibody is bound to by punching a hole in it. Activation of the classical pathway of complement (the part that is targeted by Sutimlimab) may further enhance platelet clearance and might even alter platelet function. Previous studies have shown that some patients with ITP have complement components on their platelets but this is the first study to ask whether interrupting this pathway contributes to blocking platelet destruction in patients with ITP.

Seven participants received Sutimlimab over the course of 21 weeks at various intervals as needed. They received close follow-up and were invited back one year later for assessment. Results revealed Sutimlimab increased average platelet counts significantly within a 24-hour period showing that blocking the effects of complement to become “activated” would increase the platelet count even without directly impacting the anti-platelet antibodies. Four of the seven participants maintained platelet counts above 50 x109/L measured on two separate occasions more than seven days apart. The effect was transient in all but one patient at one-year follow-up. The rapidity of response in some patients with severe thrombocytopenia who had been refractory to other interventions was striking despite the small number of treated patients. Treatment was well tolerated and no safety concerns emerged. Other treatments that block complement activation (in other places in the chain) have created risks of infection, for example creating a risk of an unusual type of mycobacteria (TB). Therefore the effect of blocking C1s on the risk of infection, and other potential impacts on the immune system, will need to be monitored especially with repetitive administration.