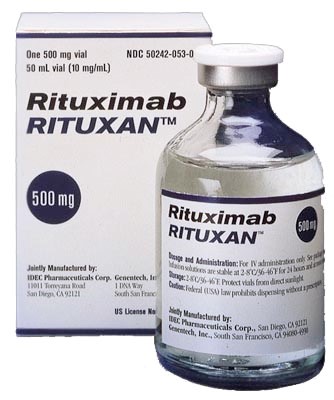 Most patients with ITP are managed successfully with contemporary therapies. However, there are occasional patients in whom ITP is more difficult to manage. Such patients may fail to respond or respond only briefly to a series of therapies. Eventually consideration is given either to an experimental approach or to combine treatment modalities, even if they didn’t work when given individually.

In theory, combining treatments increases efficacy and, seemingly paradoxically, safety. This is because treatments differ in their mechanism of action, attacking different aspects of pathogenesis, e.g. antibody production, platelet clearance, and platelet production. The combined impact on ITP of using different approaches may also allow lower doses of each agent to be used, potentially reducing side effects.

Over the years, approximately 20 articles have been published describing various combinations of treatments for ITP. One problem with comparing outcomes is the difference in the patient populations under study. Not all studies are restricted to difficult-to-treat or refractory patients and some were published prior to the advent of thrombopoietin receptor agonists, rituximab and other immunosuppressants currently in use. Also, the goals of treatment differ. Some studies combine treatments to increase the platelet count quickly, while other combinations were designed to maintain an adequate platelet count in the long-term and could take months to work but might induce initiate remission.

This article describes the combined used of rituximab and cyclophosphamide, a combination that has been used in some patients with systemic lupus (SLE). The article does not address how the two drugs differ in their mechanism of action, although they may affect different aspects of lymphocyte function and antibody production. Unfortunately, it is not clear that the results of this study are applicable to patients in well-resourced countries. For example, it is uncertain if the patients received prior treatment with thrombopoetic agents or whether they had failed splenectomy (often used to define refractory ITP). Moreover, although the improvement in platelet counts in patients on the combination therapy was statistically significant compared to the drugs given individually, as one might expect, the absolute difference was not clinically evident and the percentage of patients with little or no response was essentially the same in all three groups. Furthermore, whereas rituximab is generally a fairly safe drug, cyclophophamide has a number of toxicities that are significant depending upon the dose and the chronicity of use. Cyclophosphamide can lead to development of cancer, bladder fibrosis, bleeding in the urine, in gastrointestinal tract inflammation, lower blood counts and perhaps more serious bone marrow disorders. As alternatives have become available, cyclophosphamide usage has greatly decreased for ITP.

There is some evidence that one reason for the delayed response or failure of rituximab in some patients is that long-lived memory B and plasma cells do not express CD20 and therefore continue to make platelet antibodies. It is possible that cyclophosphamide affects this cell compartment. High dose dexamethasone might act in a similar way. Although the combination of drugs used in this study is unlikely to impact therapy in most patients, the underlying concept of using combinations of drugs that target different aspects of ITP holds great promise going forward.

The rituximab is directed at the immune system’s B cells: cells that either make antibody or become the cells that become antibody factories (plasma cells). Until the use of rituximab, doctors and scientists were unaware how long plasma cells could live. Due to rituximab’s mechanism of targeting immune cells that could play a role in decreasing the platelet count, in many cases after rituximab, there are no B cells for 4-6 months but the plasma cells continue to make antibody the entire time until the B cell level increases back to normal. The other treatment, Cyclophosphamide, is a chemotherapy agent that has been used for many years. This combination was chosen because rituximab attacks B cells themselves, and cyclophosphamide attacks the antibody-making factory cells: the plasma cells, which are derived from B-cells. It also has effects on Tcells. Rituximab and cyclophosphamide are thought to be an ideal combination for antibody-driven diseases like ITP. With a double-pronged treatment to wipe out all antibody-making cells, the anti-platelet antibodies should be dramatically reduced and platelets should increase. As in other cases, this does not always work but this study reports good results. The rituximab and cyclophosphamide combination has been used for lupus (SLE, systemic lupus erythematosus) for many years. 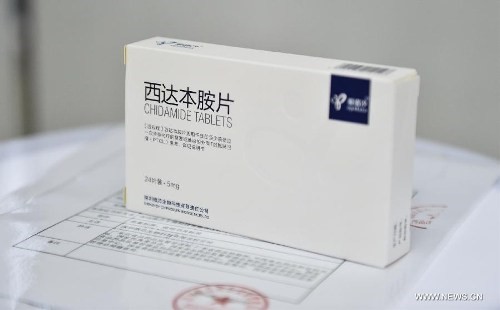 As the specific “trigger” of ITP remains unknown, research continues to explore multiple hypotheses for possible treatment interventions that consider a range of mechanisms. The earliest understanding of the pathogenesis of ITP was that antibody-coated platelets were targeted and removed from circulation by immune cells in the spleen called macrophages. This mechanism of ITP was therefore considered a strong target for reviving platelet counts. However, a recent study explored the possibility that restoring immune balance may also warrant further investigation. Since ITP patients display reduced levels of regulatory T-cells, whose purpose is to modulate the immune system, this study examined the restoring effect of histone deacetylase inhibitor (HDACi) “chidamide” on regulatory T cells and immune tolerance, and whether this pathway could possibly be used as a novel therapy for ITP.

Although HDACi’s have an impact on consumption and removal of foreign or aged cells by immune macrophages, it is hypothesized that HDACi’s also help restore the function of regulatory T cells and the expression of protein receptor “CTLA4,” a checkpoint involved in immune regulation found to be down-regulated in ITP patients. With these additional roles, HDACi’s could further reduce macrophage-mediated platelet destruction through immune downregulation and possibly elevate low platelet counts.
This study found that in mouse models, the addition of chidamide elevated levels of regulatory T cells resulting in the improvement of thrombocytopenia. In addition, mice administered chidamide treatment had lower mortality rates associated with bleeding. Through the examination and treatment of patient blood cells in the laboratory, chidamide further demonstrated its ability to increase regulatory T cells in ITP patient samples. In an additional translational study, chidamide was also found to increase CTLA4 expression in ITP patient samples, also resulting in increased regulatory T cells. These findings provide an interesting foundation for potential novel therapies and research in the future.